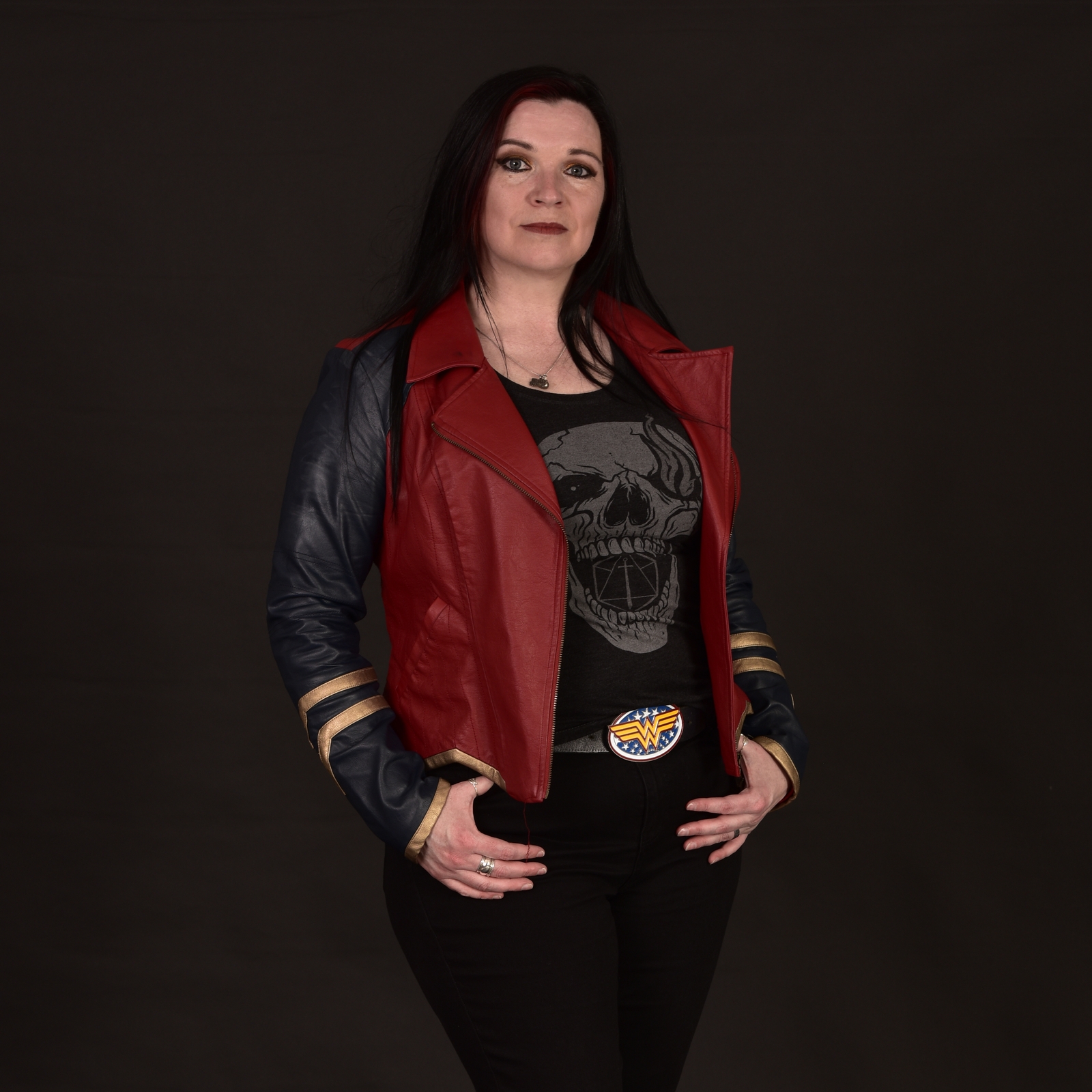 Krissie has previously fronted British metallers Triaxis, as well as having a background in cabaret, swing, soul and pretty much any genre of music you can think of. Having taken a 2 year hiatus from music, she is back with Rites to Ruin alongside, Matt Chambers, Tom Ross and Lee Cartner.

Krissie has toured much of the UK and Europe with Triaxis, supported Blaze Bayley (ex-Iron Maiden and Wolfsbane), Queensryche, Girls School, Tygers of Pan Tang, amongst others as well as performing multiple times at Hammerfest and three times at Bloodstock Open Air Festival.

Krissie recorded three internationally selling albums while with Triaxis, ‘Key to the Kingdom’, ‘Rage and Retribution’ and ‘Zero Hour’. Metal Hammer magazine commented that Krissie’s voice ‘has the range and melodic intelligence of Heart’s Ann Wilson, but with more than a dash of Dio’s dramatic power.’ While Sara Letourneau, Sonic Cathedral Webzine, says ‘Kirby is as charismatic as they come. She can be a somber storyteller or the witch from your worst nightmare.’ Krissie’s influences range from Freddie Mercury, to Devin Townsend, to Iron Maiden, to Dusty Springfield, to Ella Fitzgerald, to Ronnie James Dio and beyond!

Being an avid gamer, Krissie streams her gameplay (along with other craft based content) on her Twitch Channel. She is also a Voice Actor, having recently trained with Bristol Academy of Voice Acting, a major nerd who enjoys playing D&D and likes to spend her free time running about a scout camp being a hero (aka LRP).  She is also a Wonder Woman super fan, a fitness enthusiast, dressmaker, and enjoys a stroll in her local forestry now and then.

Matt has previously played with In the Absence of Light and Triaxis, and has toured much of the UK including a main stage performance at Hammerfest 2018.

Matt enjoys DIY, having recently built a garden gaming pub for some friends and is a gamer himself, enjoying both board and video games, spending time with his daughter and family, throwing the odd BBQ and long wistful walks! 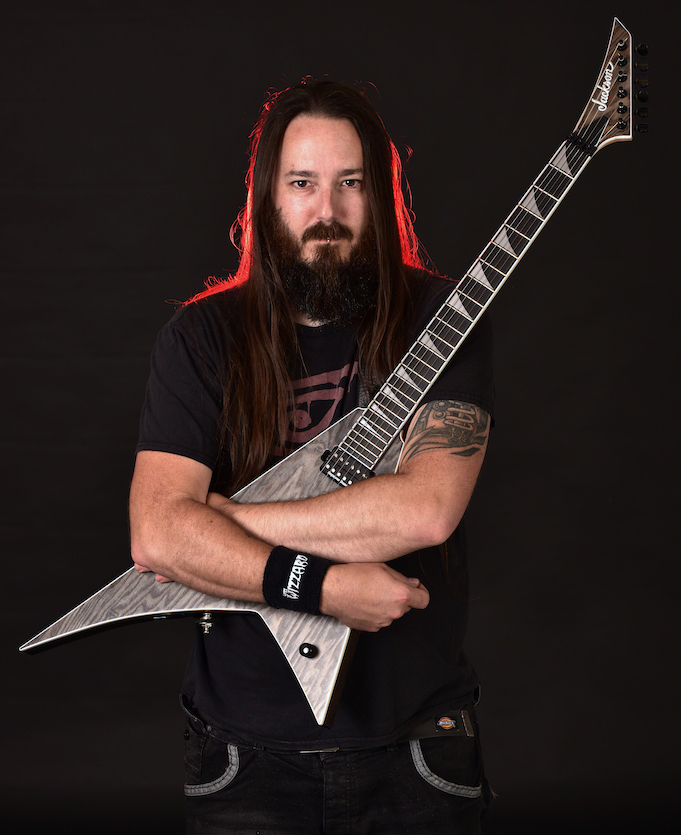 Tom has previously played with Shadows of Serenity and Traitor Born, and has toured much of the UK as well as parts of Europe.

Tom enjoys computer games, watching sports, bouldering, sci fi, anime and finding new bands to enjoy. Basically all the things that are difficult with a new baby, so opts for meandering walks with the family in the meantime.

Lee joins Rites to Ruin having largely been self taught until he attended the Academy of Music and Sound and has just been accepted to study a BA in Commercial Music. He comes from a musical family with dad ,Dave Cartner, having played with 70s rock band ‘Helium Kids’ (early XTC).

Lee has previously played with Swindon based Deja Vu and is influenced by Hard Rock and Metal such as Thin Lizzy, Metallica, 5 Finger Death Punch, Toska, and Ozzy Osborne amongst many others.

Lee is a motorsport enthusiast and keen motorcyclist, partial to watching contact sports, in particular UFC, boxing and rugby, loves a good BBQ and long walks when sunny! 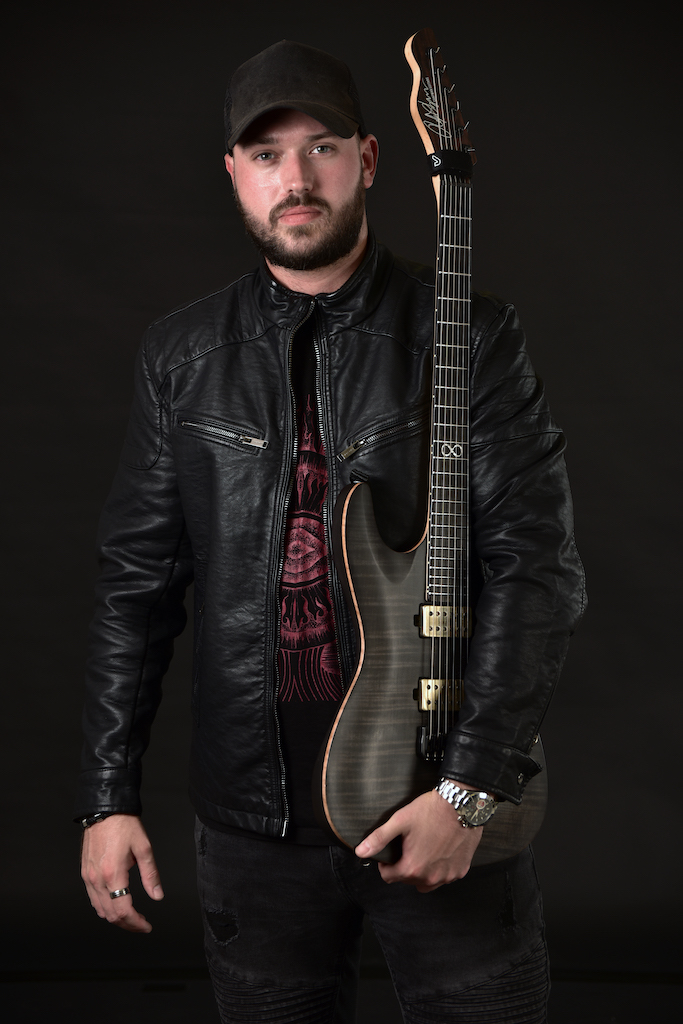 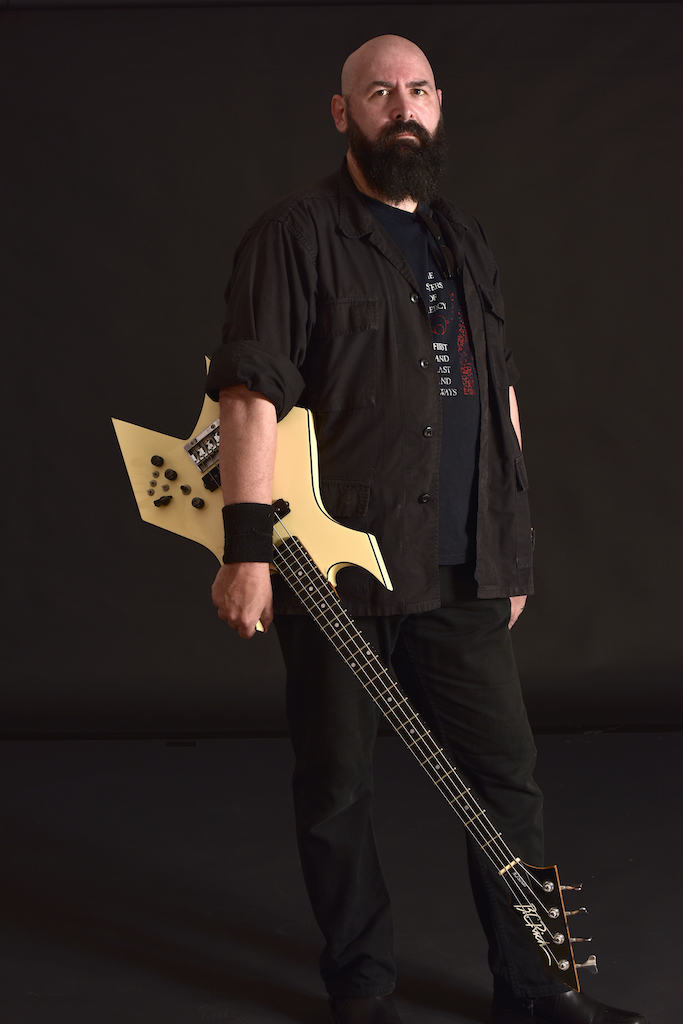 Paul joins Rites to Ruin on bass duties having previously played with various bands including RPG, Burn Thy Enemy and Kaldera.

Paul has toured much of the UK, including a European Tour while a member of Burn They Enemy, and has supported Saxon, Budgie, Glenn Hughes, Enuff z nuff amongst other notable names. Paul’s influences include Sisters of Mercy, Nemesea, Lamb of God and Crimson Glory.

Paul has recently produced a photography book during lockdown. He is a model maker and has produced models for various productions and films. Paul also enjoys sunset walks.

He would also like us to tell you that, up until the age of 12, he was raised by koalas in a large fridge. He then fended for himself, teaching himself bass guitar whilst fending off packs of feral hyenas on the African plane. He has since developed a love of wallpaper and a pathological hatred of certain types of cheese. Paul spends evening trying to invent a better kind of custard and shouting at spoons.